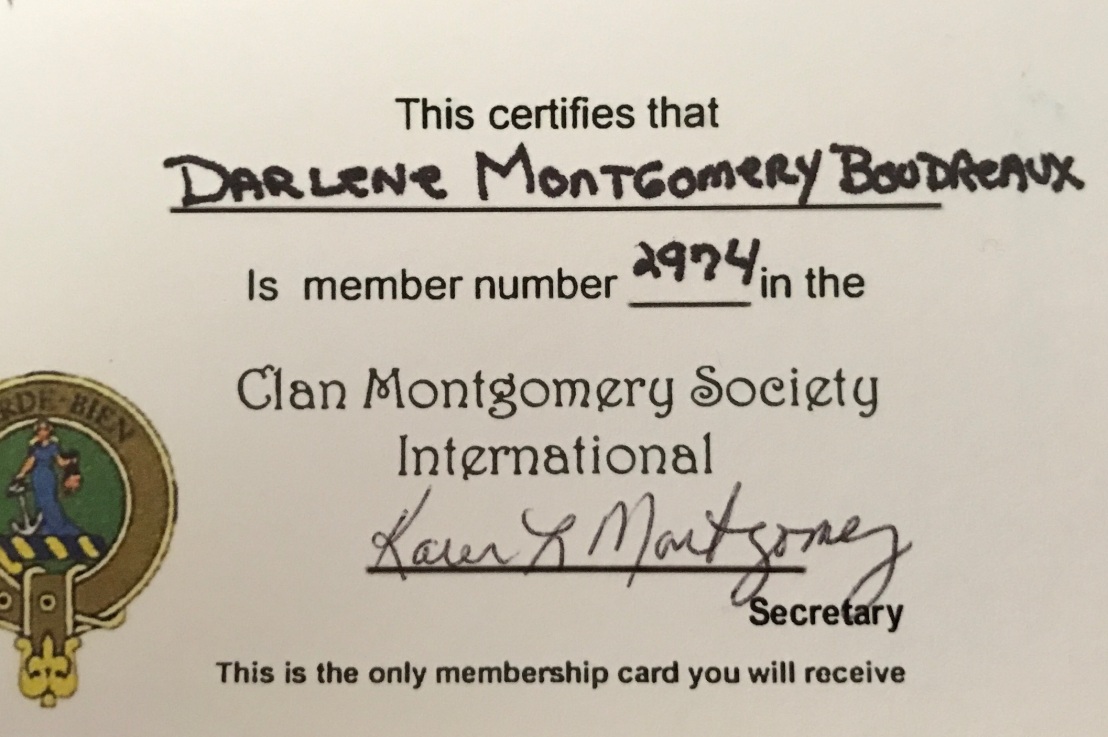 I’m now a card-carrying member of the Clan Montgomery Society!  Here’s how the Montgomery branch of my family tree looks (as corrected on August 6, 2017):

Before Alexander, I don’t know yet.  The Amherst, Virginia, records describe him and the others who came with him as Scots-Irishmen who settled together along the creek north of Amherst there in the Blue Ridge Mountains.  They established the first Presbyterian Church in that area.  This will be the impetus for further genealogical research into his connection with the Scots-Irish movement.  We know that members of the Montgomery clan were living in or near Ayrshire, Scotland, starting in about 1160.  A group of Montgomery’s moved to northern Ireland, near Ulster, in the 1600’s in search of religious freedom.  They together with others called “Scots-Irish” began to move in the early 1700’s to America.  Most moved to Pennsylvania first, and then later to Virginia.  I assume this is the path that our family followed, but I have no evidence of anything before Alexander purchased property in 1744 in Amherst, Virginia.